To review the status of a current ticket or for more options while submitting a new ticket, please go here.

Otherwise, you may submit a general ticket using the forms here.

Improving Productivity with Intelligent Interfaces at Independence Power and Light

Improving Productivity with Intelligent Interfaces at Independence Power and Light

The goal at IPL is to create a seamless integration that minimizes the amount of programs a user has to touch to get their work done. With these integrations existing software systems can now perform their full duties allowing IPL to get the most out of their investments, while providing top-tier customer service.

Independence Power and Light (IPL) serves more than 50,000 electric customers within the City of Independence, MO. IPL places customer service as its priority by striving for competitive rates and quick response to customer needs. IPL uses an Outage Management System (OMS) from Milsoft to isolate, track and restore service when unplanned outages occur. In addition to Milsoft which manages the “As-Operating” network, IPL utilizes AutoCAD® Map 3D and the electric Industry Data Model to manage their “As-Designed” electrical network.

As the Map 3D “As-designed” network is updated the changes must also be incorporated into the Milsoft “As-Operating network”. Initially, the changes were hand-entered into Milsoft; however, this process is manually intensive and a back-log quickly developed. IPL then implemented a custom interface based on the MultiSpeak industry standard to export circuit data from Map 3D to the Milsoft OMS. While MultiSpeak standards define the structure of the data to be passed, they do not address data model differences and this led to a number of issues. Not only did the extraction take time, but the results still required an extensive amount of manual clean-up to convert network modeling differences between the two systems. Clean-up primarily was performed in the areas of connectivity, phasing and switch configurations. This required that hundreds of electric objects be manually deleted and then re-entered into the database. The overall process would take up to two weeks and was quite labor-intensive. By the time the data was ready for the OMS it was already out-of-date. In addition to the performance and labor issues the interface was custom-developed so it would need to be reworked when the different systems required upgrades.

The extent of the problems caused IPL to search for another solution, and after discussions with their neighbor municipality (Kansas City BPU), IPL elected to switch over to the Utility DataHub™GIS – Analysis from SBS. Utility DataHub™ is a supported product that functions as an “Intelligent Interface”. This means that the interface can actually understand the differences between the electric models in Milsoft and Map 3D. Complex circuit characteristics related to phasing and switch configurations can be configured, rather than custom programmed, to provide a highly effective and efficient interface between the systems.
Having a product-level interface offered another advantage to IPL: The Utility DataHub™ reporting and logging capability allowed IPL to quickly pinpoint issues with their existing data which allowed them to perform a significant data improvement initiative in less than one month. The original plans had estimated this effort to take one year.

The biggest fear organizations have when migrating to a new system is the repeat of negative past experiences or the fear of new ones. Implementing Utility DataHub™ at IPL was a welcome relief as the process was completed and ready for use within a month, compared to the 4 months of testing and troubleshooting they had with their previous custom integration.

Improved productivity has been the most measurable benefit for IPL. Their export process is now highly automated and can be completed in less than two days, offering a seven-fold performance improvement. Now that important resources have been freed up, the team can focus on continuous improvement enhancements to their data and related business activities to better serve their customers. This shorter process has also enabled the operations team to respond faster and more accurately to outages.
The operational advantage of the Utility DataHub™GIS – Analysisallows the outage process to be supported by current and reliable data. This advantage has proven especially beneficial when storms roll in as it allows the field crew, customers, and mission control to be on the same page fixing the right problem. IPL’s OMS can now perform its full duties allowing the utility get the most out of existing software investments.

IPL has also implemented AutoCAD® Utility Design (AUD) to aid in the design process. They are now in the process of extending Utility DataHub™ to integrate IPL’s Cityworks asset management with AUD, Map 3D and their materials management system. This integrated workflow serves to eliminate several manual processes while providing a common, easy-to-use interface for the engineering design professionals. Field users will be able to streamline warehousing operations to improve overall efficiency of the construction process. An earlier project performed by SBS linked the Electric Department network asset data with the city Esri ArcGIS system to support improved information sharing across the different departments.

The integration of Cityworks with design information also enables the city to take advantage of the advanced asset management and optimization capabilities offered by Cityworks. In the near future IPL will continue to streamline their workflows with Utility DataHub™ via the integration of their Milsoft OMS with the Cityworks work order system.

The goal at IPL is to create a seamless integration that minimizes the amount of programs a user has to touch to get their work done. With these integrations existing software systems can now perform their full duties allowing IPL to get the most out of their investments, while providing top-tier customer service. 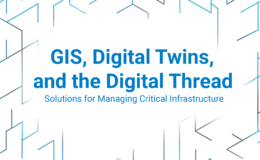 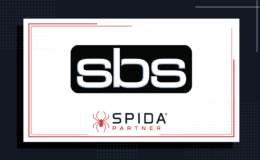 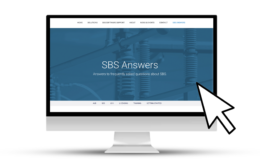 You’ve Got Questions. We’ve Got Answers.